Greenwashing. A hot topic at the moment since the H&M pink dress 'sustainable' dress is set to steal the summer. But we are not to be fooled by these brands claims that don't speak for the whole of their collections. Learn how to spot greenwashing and avoid it.

Due to coronavirus, fast fashion brands have cancelled and rejected orders that they have already commissioned from factories. This means that thousands of factories have had to close and millions of workers left out of pocket and jobless. Let's name and shame.

We should always be trying to be more sustainable than we were yesterday. It all comes down to knowing your stuff. Hopefully, by reading this, you can take these tips forward to help you make more sustainable purchases. We need to come together to protect our planet.

As a nation, we are constantly persuaded to eat less meat. New vegetarian/vegan ranges are popping up everywhere, and as a result the UK launched more vegan products than any other nation in 2018. We have been blessed by introduction of the Greggs vegan sausage roll and steak bake, the KFC vegan burger, Subway’s Meatless Meatball Marinara, and Aldi even launched a whole new vegan range. Vegans and vegetarians are set to make up a quarter of the British population in 2025, and flexitarians just under half. But why are we being advised to cut down on meat?

The nerve fast fashion brands have to #BlackLivesMatter while simultaneously exploiting black people and people of colour from all over the world. ALL of these brands and more, are guilty of profiting from black culture.

Today we are talking about fast fashion. If you don't know, fast fashion is inexpensive clothing produced rapidly by mass-market retailers in response to the latest trends, and probably what 90% of your wardrobe is made up of.

Whether you do a little, or you do a lot- anything is better than nothing. Here are 10 easy ways to change habits to make your life more sustainable. I would love to hear if you have any more tips to share! 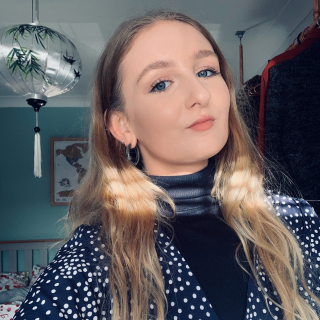 My mission is to help make the world a better place- starting with us! I aim to inspire people to make small sustainable changes that can make a big difference to our future. Not only will our planet feel better but so will you.